When Richard Dain, innovator behind Phoenix Pianos, first showed me his newly-developed Phoenix agraffes in 2005, I was so taken aback by the profundity of their effect on the upper registers of the Bösendorfer Imperial into which they had been fitted, I had little mind for what he went on to discuss later on that summer Sunday afternoon.

The special agraffes sent a shimmering sparkle across the treble registers of the Bösendorfer, and afforded a level of sustain I had never dreamt possible in any make of piano.

When you play an instrument like this, the novelty of the experience has a way of occupying almost all your thoughts: the sound of the instrument resonates in your brain; the touch response still tingles in your fingers. It’s sensory overload for a piano enthusiast, and it takes a while to recover.

Encouraged by my reaction to his agraffes, Dain immediately went on to enthuse that they were “only the beginning”, and that his focus was now firmly on developing a carbon fibre soundboard.

By way of background, one of the principle design purposes of the Phoenix agraffe system is to “stitch” the piano’s strings to the bridge in a manner whereby none of the traditional downward force – known as “downbearing” – is required for effective acoustic energy transfer from string to soundboard. The strings and bridge are pulled tightly together, with the agraffes generating huge “contact force” in the process. Not only does this lead to a brilliantly effective piano with a more freely resonating soundboard, it in turn does away with the need for soundboard design to be so strategically geared towards load-bearing strength. Thinner, more acoustically responsive soundboard designs could now be considered. A door had been opened. 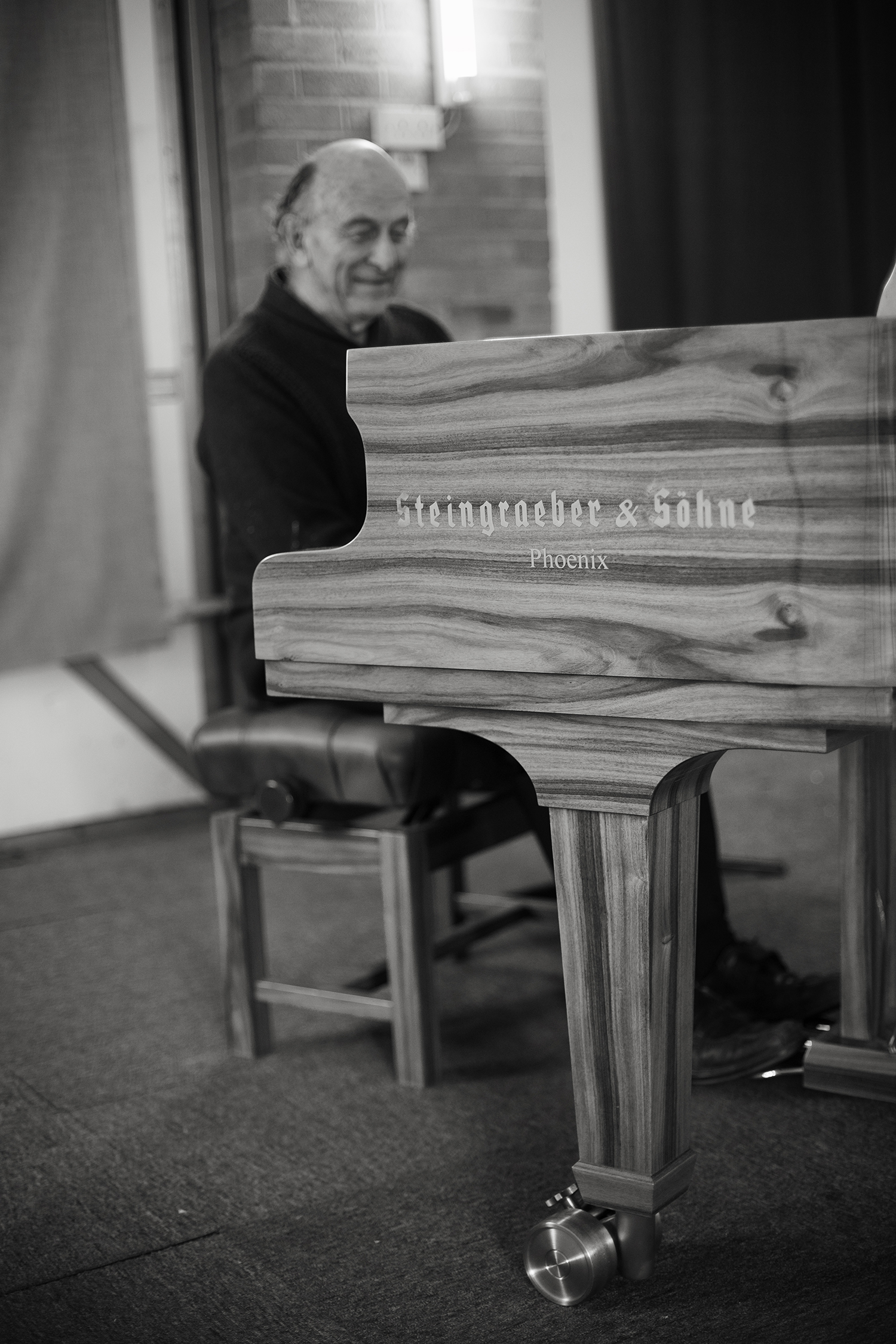 My reaction to the idea of carbon fibre soundboards, I am slightly ashamed to admit, was probably not as open-minded as it should have been. The natural beauty of wood – not only as the primary source for musical instrument design, but also in furniture, ornaments and buildings – is so well-established that any new alternative might understandably be met with suspicion. There is a sort of “if it ain’t broke, don’t fix it” mentality at work in many musicians. We like our traditions. But herein lies a paradox: traditionally, our design forefathers innovated; our performer predecessors with their technicians accepted and welcomed innovation without attempting to gain personal notoriety by “clever” but half-informed critical denigration.

“Would it not sound brittle and unnatural?” I queried. “Not if it’s done properly !” Dain assured me. He indicated that previous attempts to build a carbon fibre board had failed because they were simplistic, and the thickness of the material used had been too great.

Fundamentally, carbon fibre has the potential for fabulous acoustic properties: it is rigid, light, incredibly durable, and almost completely unaffected by temperature and humidity. It is extremely predictable to manufacture. If a good design can be achieved, this can be repeated with the greatest precision. After a series of experiments, and assisted by computer modelling techniques, Dain finally settled on a soundboard system of around 1.25mm thickness. These boards could be loaded into otherwise traditional piano cases, strung, and bridged at least partially with Phoenix agraffes. For those who yearned to see wood, their upper surface could be veneered. 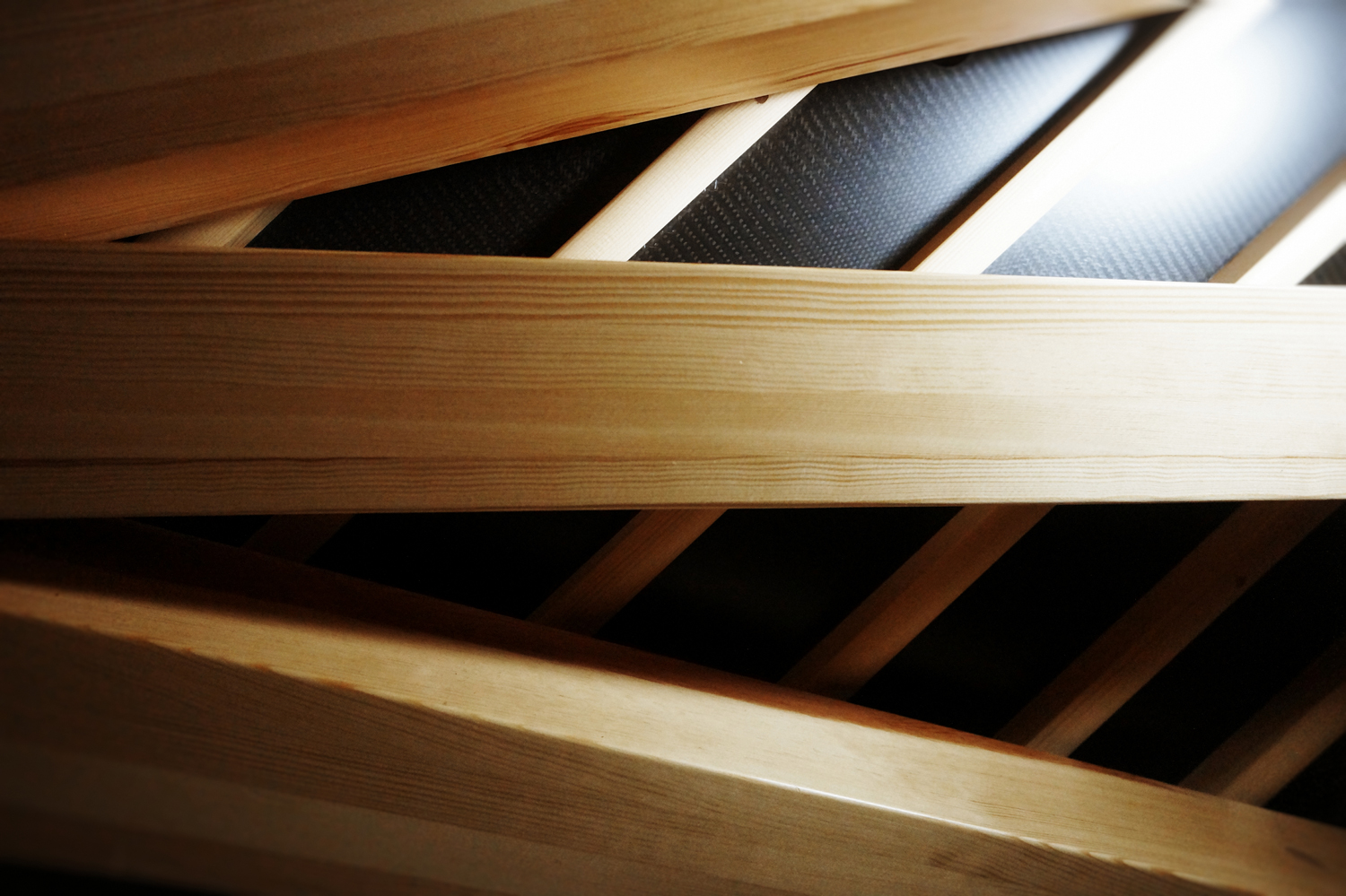 For all the technological talk in the world, the central questions about carbon fibre soundboards naturally come back to matters of how the pianos actually sound, and what experience and creative potential they offer musicians.

My first experience of working as a music producer with a CF piano was with Russian virtuoso pianist Anton Lyakhovsky. 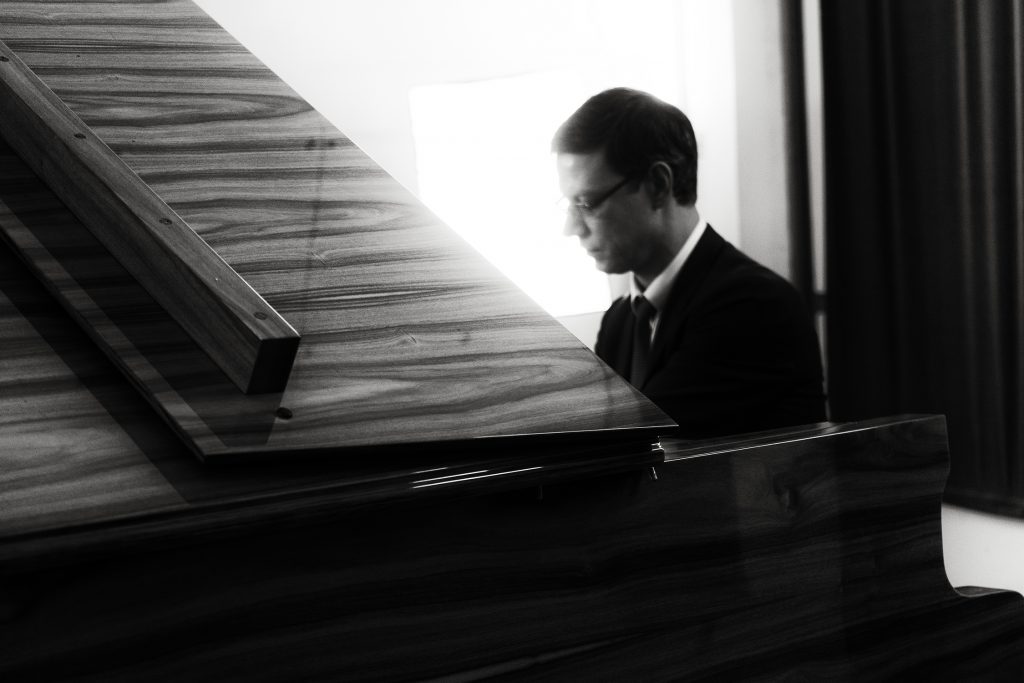 We set aside a day to record a Phoenix A170 – the smallest piano in the range – in late 2015. Anton’s artistry would put any piano through its paces. His choice of the enormously dynamic Chopin Ballade in F seemed to be throwing down the gauntlet for such a diminutive piano. My intuition was immediately dismantled, however: whilst setting up microphones some three metres back from the piano, I had to dive for cover, as Anton unleashed a wall of sound. How could a piano so small produce this dynamic range? It was scarcely different to standing next to a concert grand.

This piano has a powerful bass, huge sustain in the middle registers, and a sparkling presence in the upper registers. Just when you think it cannot produce more volume, it easily produces more volume. As such this “little” piano is a sonic Tardis.

For contrast, we then recorded a Scarlatti sonata. I have never heard Scarlatti sound so pure and crisp.

Fast-forward to May 2017, whereupon Anton and I are invited to record a considerably larger Phoenix D232 at Hurstwood Farm Pianos. Already knowing these pianos can produce enormous dynamic range, and with this particular instrument situated in a relatively small space, our instincts guide us towards exploring the tonal possibilities; the colours and shades. Anton first chose the mysterious and sepia-hued Mazurka Op. 68 No. 2 to explore the potential. The opening right hand melodic line unfolded with a gorgeously tragic sweetness: testimony not only to the composer and interpreter, but undoubtably to this instrument’s qualities.

My thoughts went right back to 2005, and the presumptions I had made about carbon fibre producing a brittle tone. I could scarcely have been more wrong. The sound lingering in the air of that room was so memorable, so unique. Anton clearly found inspiration from it: a piano with great sustain and a responsive touch is something to relish; something to take your time over.

Anton’s next choice was Scarlatti’s K1 sonata in D minor – a rapid toccata-like composition. The Phoenix D232, like the A170, is fitted not only with a carbon fibre soundboard, but also a carbon fibre composite action by WNG. Rather like the high-tech soundboard, this mechanism is light, strong, stable and ultra-responsive. What followed was a series of near-perfect (or perfect) takes – 7 in total – all taken at fabulous speed. Every note speaks with purity. The efficiency of energy transfer Phoenix pianos afford – in conjunction with Anton’s virtuoso technique – made it all seem effortless.

In reality, such high art is never effortless. There are the thousands of hours of practice the pianist must invest to achieve such standards. There is the composer’s lifetime investment in their own creativity. With Phoenix pianos, there are the years of tireless research, the investment in parts and tools, the experimentation, the trial and improvement. Perhaps most importantly with Richard Dain, there is the sheer determination to prove the doubters and the naysayers wrong; to turn the world of piano traditionalism on its head, and to offer artists and enthusiasts a new vista of interpretation at this most treasured instrument.

As we post news articles about our new releases and where you can see our pianos, they will be available here. You can also follow us on Twitter for up to date information.